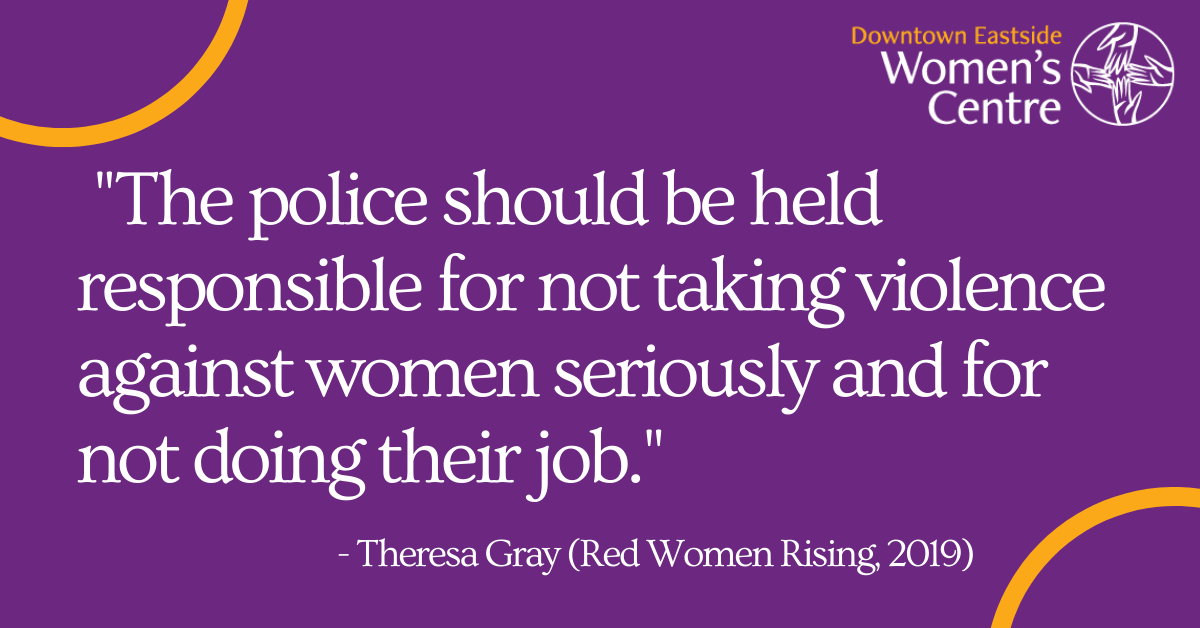 Recommendations for Reforming the Police Act

I will highlight some key recommendations here.

4.  The Special Committee should review the Calls for Justice in their entirety and implement the calls that are related to policing and to women’s safety in revising the Police Act.

“Calls for Justice” -The Final Report of the National Inquiry into Missing and Murdered Indigenous Women and Girls was released in June, 2019 after decades of Indigenous women and communities, including DEWC, demanding a national inquiry to the crisis. In the forward, the Commissioners note that their recommendations, their Calls for Justice, are legal imperatives- they are not optional. Key recommendations address increasing police training, education, transparency and accountability, and doing so in partnership with Indigenous peoples, and creation of a national task force with provincial and territorial participation, to open up and investigate all 193 unsolved cases of Missing and Murdered Indigenous women and girls.

5.  We call for a thorough and systematic review of police financing and budgets and a reallocation of non-police related work.

The Police Act must include a legislated review system to audit police funding on a regular basis and must commit to continually reducing funding for police to address issues that would be better addressed by professionals trained in areas such as mental health and harm reduction. This must be built into any reform. Money that currently is spent on police delivering services they are not trained to deliver, would be better spent providing housing and food and other critical community needs that are severely underfunded and which, in their absence, increase the likelihood of engagement with the police.

Article 22 of the UN Declaration on the Rights of Indigenous Peoples states:

Particular attention shall be paid to the rights and special needs of indigenous elders, women, youth, children and persons with disabilities in the implementation of this Declaration. 2. States shall take measures, in conjunction with indigenous peoples, to ensure that indigenous women and children enjoy the full protection and guarantees against all forms of violence and discrimination.

We call for an independent, gender-based and Indigenous analysis of the Police Act and any proposed changes. Indigenous women must be involved in this analysis. First Nations as the proper Title and Rights holders must have the opportunity to review a consultation draft of the draft Bill prior to introduction, and they must be given the powers to recommend any changes. Full alignment as per the Declaration Act must be done in partnership with First Nations.

The Downtown Eastside Women’s Centre is a unique and special place because of the women who use it and who direct it. I would like to conclude by acknowledging the strength, brilliance and vibrancy of all of the women at DEWC and thank DEWC for giving me the opportunity to bring forward the voices of the women today. I also want to thank our Executive Director Alice Kendall and all the staff who work so hard every single day at the direction of DEWC members to create much needed safe spaces for women in the DTES. It is our collective responsibility to do everything we can to keep women and children safe, and it is our hope that you will centre this responsibility as you reform the Police Act. We call on the police to find our missing women and solve their murders. 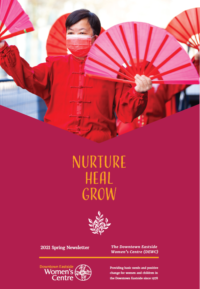